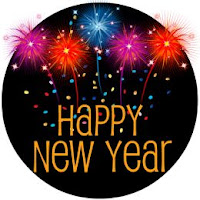 I make New Year's Resolutions.  I have actually made countless resolutions.  Most fall by the wayside by the first week in February.  That's not unusual, I know.  It happens to most of us.  That's why this year, I have Resolution Revolt.  It's not that I disagree with resolutions, it's just that I rarely keep them.  Often times, because they are not measurable.

For instance, if my resolution is to lose weight, what does that mean?  By when?  How much?  Do I treat myself if I reach my goal?You get the idea.  So this year I am resolving to do it differently.  I've learned that large leaps rarely work; but small tweaks often times do work!

So this year, I am making small tweaks.  If I resolve to be more kind, the resolution should actually read that I will complete one act of kindness per week.  I know that doesn't sound like much, but if I can keep that resolution, then I can expand on it.  So rather than quitting in February, perhaps two months into the new year I will have increased my acts of kindness to three acts per week.  And who knows, by summer maybe I'll be doing one kind act per day! 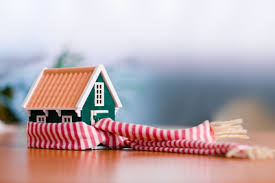 While the market will likely still remain in the sellers’ favor, as we head into the winter months, buyers can expect the scales to shift slightly. Traditionally, there’s far less competition in the real estate market come fall and winter. And with interest rates slowly rising, interested home buyers might just find a sweet spot in the coming months.

While inventories remain very tight statewide, buyers can expect home prices to dip slightly during the winter months, according to the Wisconsin REALTORS Association. Because people tend to avoid moving during the winter months, sellers during this time of year are typically more motivated.  Don't under estimate Winter as a good time to purchase Real Estate!
Posted by Kathy Smith Epping at 9:32 AM No comments: