So you are thinking of sprucing up your home.  It doesn't take a lot of money to create big impact!  Here are a few ideas that, for a little money, go a long way:

1. Paint!  A gallon of paint can completely change the look of a room.  Paint the entire room, or just an accent wall for a fresh, clean look.

2. Hardware.  For about $100 (depending on the size of your kitchen or bathroom) new drawer and cabinet pulls can update a kitchen in a snap.  It's an easy, do-it-yourself project that can be done in a couple of hours.  Be sure to measure the distance between the pull holes, as not all hardware is the same.

3. Pillows and throws.  A few new pillows and a cozy blanket over the side of a chair instantly changes the look of a room.  Change them out seasonally, for a fresh look.

5. Accessories.  A few new accessories strategically placed around a room will update your room in no time.  Inexpensive vases, baskets, pitchers or architectural pieces can be found at craft stores.  Resale shops are also a great resource for accessories and artwork to change the look of a room or a whole house.

6. Rearrange the furniture.  Move the furniture to enjoy new vantage points from the sitting area.  Small changes like swapping out lamps or end tables will create big impact. The best part...it's FREE!

Whether you decide to paint a wall or purchase a few new pillows, the most important aspect of changing any room is to have fun and stay true to your own design taste!  Change can be good!
Posted by Kathy Smith Epping at 6:24 AM No comments:

Last week, a few of my associates were talking about the coming year.  What will the housing market look like in 2012?  Have we seen the bottom of the market?  Who will be buying and selling this year?  First timers?  Empty-nesters?  Of course, none of my colleagues had the answers to these questions, however there is great optimism in the office.  And the open house traffic on the near west side has been robust in recent weeks!

During the conversation, another interesting tidbit was revealed.  The investors are back!  In the past few weeks, several homes have sold and as the ink dried on the documents, the dumpsters were arriving to remove the old faucets, fixtures, and finishes.  In their place, new flooring, new windows, new paint and additional upgrades were moving in.

This is a good sign, for several reasons.  First, it means that the investors believe the market is going to turn around in the near future.  These individuals have been absent from the real estate market for several years.  There wasn't any money in it.  Today, they think the investment of time and money will yield a return, so they are back.

These investors will also raise the value of the property they purchase (and remodel), once resold.  This is great news for sellers, who have been plagued by lower prices.

Of course, any change in the marketplace won't happen overnight, but it's certainly a good sign when those who spend money to make money are doing so!.

Posted by Kathy Smith Epping at 10:29 AM No comments:

The Hoyt Park Area Joint Steering Committee will meet on Monday January 23 from 6:45-8:45 p.m. at the Sequoya Library.  The committee will be discussing updates from the December 6th public meeting, pre-planning for small group sessions on land use scenarios by focus area and subcommittee reports, including the newly formed Sustainability Subcommittee.  The meeting will also include Q&A sessions with a City of Madison Engineer and Traffic Engineer.

To learn more about the meeting and the work of the committee visit the website.

The Hoyt Park Area is bounded by University Avenue on the north, N. Franklin on the east, Midvale Boulevard on the west and Mineral Point Road on the south.  It includes the Sunset Village, Sunset Hills and VanChaMasShe neighborhoods.

Posted by Kathy Smith Epping at 6:46 PM No comments:

The unseasonably warm weather in December and early January has brought home buyers out of the woodwork.  Home buyers were out in force at Open Houses the first two weekends in January.  Buyers are also making appointments for further home viewing.  The activity has continued even as the temperature dropped and the snow fell.   Realtors in my Restaino & Associates office reported as many as 23 different parties coming through a recent Open House.  Incredible!   Sellers were also making contact with Realtors about listing their properties for sale.  Perhaps consumers are feeling a little bit more confident.


A recent item in HousingWire, indicates that housing has stabilized over the past year.  An improving job picture and prices stabilizing for non-distressed homes are all signs that point to a housing recovery taking shape, Barclays Capital analyst Stephen Kim told HousingWire.  "In the absence of a government home buyer incentive, prices for non-distressed home sales have stabilized for almost a year," Kim said.  "This is the most important trend in the housing industry right now, and we are amazed at how little attention it has been getting in the media and on the street.  This stability on the part of non-distressed prices has occurred despite a very high share of distressed activity and continued declines in overall prices."  The key to when the housing recovery will largely take off "depends primarily on when first-time buyers decide it is safe to buy a house," Kim told HousingWire. Source: HousingWire


Perhaps home buyers think now is a good time to purchase a house.  Interest rates continue to hover at historic lows and there is housing inventory on the market.  At least the Open House activity indicates buyers are are out looking at the possibilities!
Posted by Kathy Smith Epping at 12:43 PM No comments: 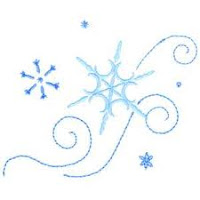 My kids can't remember a winter without snow.  More than once over the past few weeks they have commented on how odd it is that the ground is absent of snow. Well, winter arrived on January 12, 2012 this year.  After several previous years of long, snowy winters, I have to say I would have been fine with a mild, snowless season!  Now that it's here though, I realize I did miss the white stuff and all the fun that comes with it.

If you are looking for some fun activities in the snow, a few come to mind.  Sledding provides the thrill factor of an amusement park at a fraction of the cost (FREE!).  Cherokee School , the 9th home at Glenway Golf Course and Garner Park on Mineral Point Road offer great sledding venues.

Cross Country skiing and showshoeing are other options.  Several of the Madison Parks have groomed trails for skiing.  No skis?  No problem!  Elver Park rents skis during the week.  Odana Hills Golf Course  has cross country ski rentals on weekends.  A cross country ski permit is required at Elver Park and Odana Hills.  Garner Park and Hoyt Park offer nice hiking and showshoeing in the winter, too.

Looking to stay closer to home?  Build a snowman!  A carrot, a scarf and some branches are all that's needed after the body has been lovingly shaped and stacked.  Which reminds me, I'd better get outside and start on mine!  Happy Winter!
Posted by Kathy Smith Epping at 1:08 PM No comments:

Madison has a long history with ice skating.  Our town has produced multiple Olympic Gold Medal speed skaters and hockey players, all who grew up skating on outside area rinks.  Years ago, nearly every neighborhood park had an outdoor ice rink.

In recent years, budget cuts and limited staff have made it more difficult to "flood" and maintain the outdoor ice rinks.  Many of the smaller parks no longer sport ice rinks during the winter months.

A few years ago, a group of neighbors approached the city about "building" an ice rink in their neighborhood park.  The neighbors would take all responsibility for the rink.  Everything from flooding and maintaining it to "policing" the sheet of ice.  The neighbors held fundraisers to build a water source for the rink, they secured donations to build the "watershed" and started an online schedule for neighbors to maintain the rink.  The result was one of the best ice rinks on the west side of Madison at Hillington Green.

Two years ago, dissatisfied with the city maintenance of another area ice rink, the neighbors around Westmorland did the same thing.  The neighborhood took over the hockey rink at Westmorland Park.  On any given night, you'll see young people scraping the ice down to remove the "snow" and adults wielding big hoses to "flood" the rink.

At both Hillington Green and at Westmorland, it is a few dedicated neighbors who make the outside ice skating possible for all.  It's a long, cold, thankless job.  But it builds community.  It builds camaraderie among neighbors.  And it provides outdoor ice for area kids and adults.

This year the weather has not cooperated with the building of an ice rink, but that hasn't stopped those dedicated volunteers.  Every night that the mercury dips below freezing, you'll find them out there working on the rink.  There may not be any future Olympians skating on these rinks, but the lessons the volunteers are teaching young people and the service they are providing for ice skaters is priceless!
Posted by Kathy Smith Epping at 6:08 AM No comments: 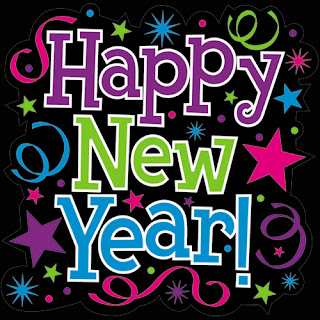 Ahh, a New Year!  And with it, New Year's Resolutions.

Get fit, finish a project, eat healthier, declutter, start a hobby, redecorate, be a better person, be happy, quit a bad habit, start a "good" habit, save money, lose weight... the list in endless!

The new year signifies a clean slate, a new beginning.  But statistically, by the middle of February, most New Year's Resolutions have gone by the wayside for another year.

Whatever your New Year's Resolution, start today, and stay with it.  Discontinue the talk and the planning and just start.  Be diligent.  Get going.  Commit.  You can do it!  All the best for 2012!
Posted by Kathy Smith Epping at 9:07 PM No comments: