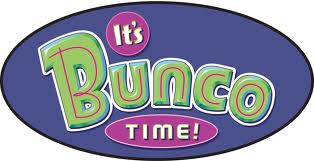 I belong to a neighborhood Bunco group.  It's a monthly, informal gathering of neighbor ladies and friends.  We rarely actually play Bunco, but it offers us a great opportunity to catch up on the happenings in our little corner of the world.

At a recent Bunco gathering, several members of the group began talking about real estate and homes for sale in the Sunset Village and Westmorland neighborhoods.  Had anyone seen this house?  What's the asking price for that house?  I heard so-and-so was moving.  You get the picture.

I started thinking about the conversation and it occured to me that real estate is personal.  Of course, I've always known this.  "A man's home is his castle," as they say.  For women, I think that's especially true.  But what was different about this conversation was the passion and liveliness of the discussion.  What started as a small conversation between two in the group, ended up with five or six of us participating.  It was infectious!

I left our neighborhood Bunco gathering that evening feeling a little happier for where I live and the friends I have.  And I learned that not only is real estate personal, it's contagious, too!
Posted by Kathy Smith Epping at 9:09 AM No comments: 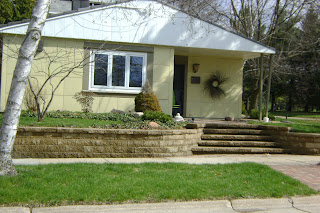 My kids call them the Chiclets houses, because the square panels that make up the walls of these houses resemble the Chiclet gum pieces.  In fact, the panels are porcelain-enameled metal.  These unique homes are called Lustron Homes.  The square, single-story houses were sold in the United States in 1949 and 1950 by the Lustron Corporation, during the post WWII housing boom.

Manufactured in Ohio and trucked to building sites across the Mid-west, these homes were advertised as fire-proof, rust-proof, lightening-proof and interestingly, rodent-proof!  All interior and exterior surfaces are porcelain-enameled metal, including the roof and gutters.  They were also designed with space-saving amenities such as built-in bookcases and vanities in the bedrooms.


There are a half a dozen or so Lustron Homes scattered throughout Westmorland and Sunset Village, tucked among the typical cape cods and colonials. 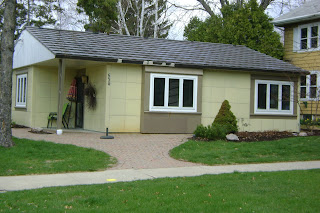 John and Debbie Hanson have lived in a Lustron home in the Westmorland neighborhood for 10 years. Unlike most homeowners, they bought the house without ever setting foot inside.


The Hanson's have made a few minor changes to the home.  They have added hardwood floors and updated the kitchen.  A few years ago they also changed the interior wall color from the original battleship gray to yellow, which took more than a trip to Home Depot!


"Since the walls are made from porcelain-enameled metal panels, you have to paint them like you would paint a car," explains Hanson.  "We found someone who had experience using the powder spray paint for metal.  It turned out great."

The initial Lustron Home, a two-bedroom, one-bath, 1000-square-foot unit, was a critical success with an efficient 31-by-35-foot floor plan.

In the late 1940's, Lustron received orders for 20,000 homes through its nationwide dealership network, a testimony to the effectiveness of the company’s thoroughly modern advertising campaign...and to the scarcity of conventional, single-family housing in many markets.  Only 2,498 of those orders were filled, however, before the Lustron Corporation declared bankruptcy in 1950.  The cost for a Lustron Home was about $10,000 - not including the lot.  Many believe the demise of the company was due to the high cost, (at the time) compared to a stick-built home.
For the Hanson's, They wouldn't live anywhere else.

"We love the neighborhood and the proximity it provides to the bike path, downtown, shopping and area parks," says John Hanson.  "It's prefect for us."

The Hanson's Lustron Home, and others in the neighborhood, are slated to be on the Alternate Parade of Homes in June.

Posted by Kathy Smith Epping at 12:07 PM No comments:

What's Happening in My Neighborhood?

What's happening where you live?  Are homes sales picking up?  What's the average price of a home?  How long are homes on the market before they sell?  Those are the questions most often asked by people looking for answers to real estate questions.  A recent article on Madison.com Property Trax points to the new hyper-local neighborhood blog, What's Happening in My neighborhood??

Each month the blog offers insight into neighborhoods in the Madison area.  What's happening in Nakoma, or Schenk-Atwood or Hill Farms.  You're likely to find the answer on the What's Happening in My Neighborhood blog.  Check it out!
Posted by Kathy Smith Epping at 6:31 AM No comments:

Seriously!  Sure, it sounds like something that might have happened a decade ago, but it actually happened less than a week ago!

A home in the Westmorland neighborhood was listed late in March.  There was a flurry of activity at an Open House held in early April and the homeowners received ten offers on the home.  Ten offers!!  How can that be??

A few reasons come to mind.  First, Westmorland is a sought after neighborhood and this house is close to parks, the library, and the bike path, among other amenities. Obviously, location is a factor.  It's also a lovely home that was well staged and showed well, another important factor.  Finally, and perhaps the most important, it was priced right.  Buyers could see the value of such a property.

The sellers of this particular home will probably receive more for their house than they would have had they priced it higher.  Instead, they are sitting in the driver's seat in a buyers market.  Wow!

You may be saying to yourself that this is unusual.  That kind of interest and activity is rare.  In fact, it isn't rare.  I wouldn't say that it happens everyday, however it is happening around the city.  We are seeing multiple offers on homes in Westmorland, but also in Middleton and other areas of Madison.

Not every seller is going to receive ten offers on their home.  But, if you can show buyers the value of the property they may be inclined to write an offer.  All you need is one!

On another note, be sure to checkout the Hyper-Local blog to learn about What's Happening in Your Neighborhood.
Posted by Kathy Smith Epping at 10:31 AM No comments:

As we head into spring, when the housing market typically heats up, some have said this year appears to be a little slower than past years.  A closer look at the Westmorland and Sunset Village neighborhoods reveals quite the opposite. While there has been only one home sold in those neighborhoods in the last month, that doesn't mean there hasn't been a flury of activity.

Let's dive into the numbers a little deeper.

In recent weeks, there has been a lot of activity in Westmorland and Sunset Village.  In those two neighborhoods, there are currently 20 homes on the market, however 8 of those homes have offers or are pending sales. That's nearly half of the inventory!

The average list price for these eight  homes is $272,133. The really interesting piece of information however, is that the average days these homes were on the market until an offer came in was 14 days!  In Westmorland alone, three of the homes had an accepted offer in fewer than 10 days.

So what does that mean?  Of course, it does go back to location, location, location.  The condition of the home also plays a role.  But I believe it also reveals that competitve pricing can make the difference between a home that languishes on the market and one that sells quickly.  It also illustrates that we can't discount the importance of paying close attention to the things we can control, such as price.  Priced right, it will sell!
Posted by Kathy Smith Epping at 6:28 AM 1 comment: