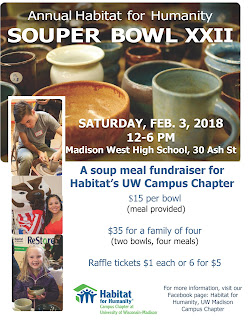 This is not your typical "Super Bowl", but it is one of the most unique!  This event also involves good food, and it's the largest fundraiser for the Habitat for Humanity UW-Madison Chapter.

It all takes place from noon-5 p.m. on Saturday February 3rd at Madison West High School where attendees choose a locally-made ceramic bowl (many made by Madison West Students).  The bowl is filled with soup and the meal also includes salad, bread and desserts.  The cost is $15 for a bowl - including all the fixins' - for a great meal.  For a family of four, the cost is $35 and includes two bowls and four meals.

This community events has been a mainstay since 1995 and also includes entertainment, music and celebrity soup-servers.

Local artists will also have artistic bowls available during a silent auction.  This "Souper Bowl" is sure to be a wonderful warm-up to the football Super Bowl on Sunday!

Posted by Kathy Smith Epping at 2:13 PM No comments:

In recent years, the Westmorland Neighborhood Association has held an annual winter festival.  This year is no exception!  The Annual Westmorland Winter Playdate is scheduled for Saturday January 27th from 2:00-5:00 p.m. at Westmorland Park located at 4114 Tokay Blvd.

This is a great opportunity to enjoy the outdoors with family, friends and neighbors.  In an "normal" year, you could enjoy ice skating and sledding!  No matter the weather, attendees are still sure to enjoy eating and visiting with others in the park. The committee is also hoping to have tunes from the neighborhood DJ!

This is a wonderful family event in a vibrant west Madison neighborhood.  Swing by the park and join us for some winter fun!
Posted by Kathy Smith Epping at 1:39 PM No comments:

As is typical in the 4th quarter of the year, the Real Estate market slowed a bit, but only in terms of inventory.  Buyer's continued to swarm to new listings is hopes of finding the home of their dreams.  2018 is shaping up to be the same kind of market.

Here's what's sold on the near west side in early November.

Monroe Street has traditionally been a wonderful place to shop locally.  Two new stores on the street are adding to old favorites like Katy's American Indian Arts and Orange Tree Imports. 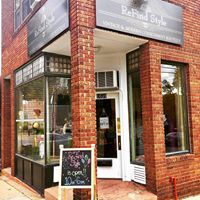 ReFind Style offers vintage and modern clothing and accessories.  The boutique opened a few months ago at 1639 Monroe St. in the spot formerly occupied by Walter Swim and Sun near the Monroe St. Public Library.  Looking to Upcycle?  Check out the unique offerings at ReFind Style.

hive of Madison offers outdoor lifestyle apparel
and accessories for men and women.  Located at 1904 Monroe St., the shop offers selections from Patagonia, Toad&Co, and Lole, to name a few.

These stores are sure to add to the already eclectic shopping experience that is Monroe St.  Be sure to check them out the next time you are on Monroe!
Posted by Kathy Smith Epping at 11:47 AM No comments:

Resolutions Should be Small Tweak 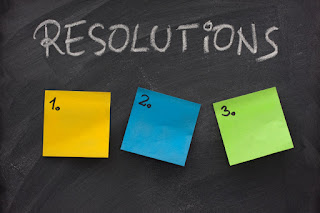 I once heard a coach and speaker say that “success is not a result of a major change or shift, but a result of small, consist tweaks”.  I’m actually paraphrasing, but you get the idea.  Rather than trying to lose 30 pounds, how about starting with one pound?  Instead of cutting out all sugar, maybe start by slowly cutting back?  Rather than trying to run 5 miles on your first day in the gym, perhaps try walking for two?

The same can be said for those looking to buy a house in 2018.  Rather than only looking at houses with two bathrooms, how about looking at a few with a bath and a half?  Or if a fenced yard is a “must have”, maybe a fence could be added.

For those looking to sell their house, the same rules could apply.  If you really want to close on your house in June, could a May closing work with the right offer?    Is it more important to have fewer buyer contingencies rather than a higher price?

2018 is shaping up to be another very busy year for Real Estate.  Small modifications and flexibility will be key components for the successful.

As for your New Year’s resolution, maybe try a small tweak instead of a major overhaul.  For me, I plan to do one good deed a day.  So far so good!
Posted by Kathy Smith Epping at 1:08 PM No comments:

THE YEAR FINISHES STRONG BUT WHAT’S IN STORE FOR THE FUTURE? 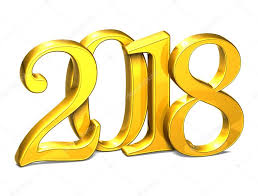 Winter has definitely arrived and once again it’s a time to reflect on the
events of the past year, while planning for the future, as well. It’s a time for fond memories and a shrewd assessment of past practices as we enter into a new year.

On the real estate front, we can look back at 2017 quite favorably. While existing home inventory remained tight, home sales through October were up in six of those months over the same periods in 2016. In fact, October’s existing home sales in Wisconsin were up 4.9 percent over last year; sales were up 2 percent. The average home price in Wisconsin continued to rise in October to $175,000, a $10,000 increase over last year. Listings, however, were down 10% over last year to
the lowest point since 1999.

This trend of low inventory, motivated buyers and increased average home costs has continued throughout the industry for quite a while. However, there may be some change on the horizon if
October’s numbers are any indication.

The number of new homes placed on the market rose 4.1 percent in October, compared to October 2016. The increase in supply comes from three sources: foreclosure activity, new construction and, perhaps most importantly, new listings of existing homes. Nationwide, this surge
puts inventory at a 10-year high. There is hope throughout the industry that this trend will continue into 2018, at least through the spring.

It’s good to see improvement on more listings and hopefully this trend will continue in 2018. As mortgage rates continue to stay low, I encourage buyers to talk with their mortgage lender to get preapproved as they start their home search. This will give them the advantage when ready to place an offer.  If you need recommendations, please contact me!